FEELS LIKE CHRISTMAS WHEN YOUR SENT GIFTS IN THE "SECOND LIFE" MAIL ;) 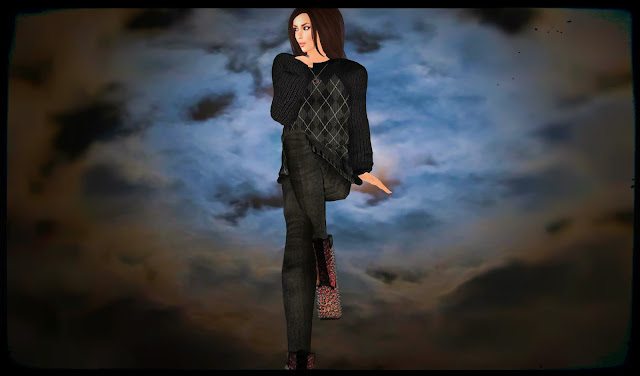 I went on Second Life yesterday and found I was given 2 gift.  One was a cute Man's black sweater and the other was a pair of interesting orangish Crocodile boots :D  I thought wow cool!! So I put a pair of black jeans on, and took a picture of my gifts.

What gifts do you get in your inventory that you forgot you subscribed too? Its like christmas when you go online and your given a gift. :)

Enjoy the day and do join a few subscribe places, you never know when your gonna be sent something in the "SL mail" :) 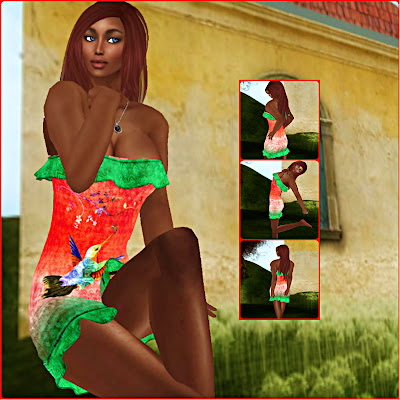 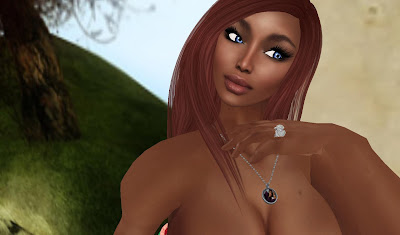 After my good friend Serenity showed off her sexy blog (http://serenestyle.wordpress.com/2013/04/08/almost-paradise/) of a skin and dress...well she got my mind working on how fast can I get home from work and nab that skin lol - while I was there I got both also - and yep am wearing the dark version in my pics, but the light version is pretty too! and I also went to the GOTCHA fair, and nabbed that dress - but no idea what style it will be yet...for this collage I put on the other dress I nabbed from the gotcha machines ...it's a cute bird mini dress -and I  have a posing with birds pose that I will search for and get a few shots off too :) there is a small fee for the joining for the free skin gifts but its worth it!


Locations for Skin and for Gotcha Dress (many more stuff there too!) 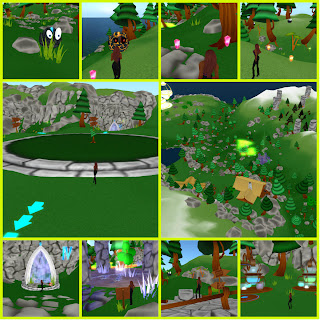 This is LINDEN REALMS. It is a virtual game that includes Quests, Falling rock in Caves, Crystals and Lava lakes.  Oh, did I mention...ROCK MONSTERS? :)

Now before you say "no way!" You gotta try it!!

First I have some "learned lessons" for you...

1. Put yourself on RUN  - you will need to be running all the time in the game.
2.  When a Rock Monster gets you - you get transported to the nearest TP spot in the game. You don't really die, and after a few times you learn how to run fast!
3.  The Rock Monsters only have a limited range they protect, once you know what that limit is...then you can TEASE the rocks LOL.
5.  If you take OFF your HUD they give you, you will be transported home. You will then need to Transport back to the PORTAL park to re-enter the game again. (YOU WILL STILL HAVE THE CRYSTALS YOU COLLECTED). No matter if you get teleported out and back home, or leave on your own, or die in the game by Rock Monsters or Lava rivers or the Falling rock Cave.So when you play the game again, your HUD will show you how much you gathered.
6.  Try and use a viewer that lets you see MESH and also a higher resolution.  If you don't, the trees will look like balls, and the Rock Monsters will look like eggs. Funny to look at, but more fun if you see how it really looks when you play.
7.  You get Crystals by running over them. You collect Yellow, Orange, Red, Blue and Green.
a) Yellow and Red are the easiest to find, they each take 50 Crystals to make money...don't worry you will have a counter HUD and it adds up fast!!
b) Orange is higher paying Crystal then the Yellow and Red.  They re-appear every 15 min after being taken.
c) Green are harder to find than ORANGE and they appears again every 30 min after being taken.
d) Blue are the hardest to find and most valuable Crystal.  They re-appear every hour after being taken.

Once you get used to getting away from the Rock Monsters, you will find many different parts of the Realm that you will enjoy collecting in. :)

I recommend PORTAL 3, for  getting in and getting you HUD that the game will give you to keep track of your Crystals.  But try each PORTAL and see which works best for you...and give the game a chance, it really is fun...and even addicting :D


Who doesn't love getting PAID to play a game? lol. 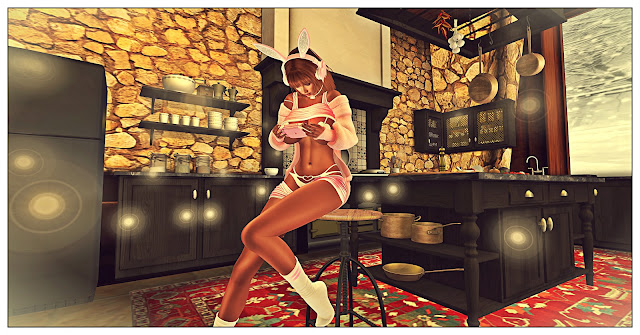